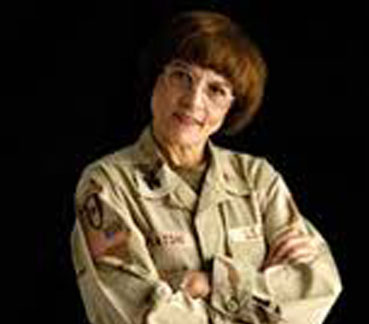 Kathy Platoni, Psy.D. has been a practicing clinical psychologist for more than 37 years and maintains her private practice in Centerville, Ohio. In service of her country and as an Army Reserve clinical psychologist, she has deployed on four occasions in time of war (Operation Desert Storm, Operation Iraqi Freedom and Operation Enduring Freedom, both JTF-GTMO and Afghanistan). As a survivor of the tragic Ft. Hood Massacre in November of 2009, she is an ardent activist for reconsideration of this shooting incident as an act of terrorism to assure that the wounded and the families of the deceased are awarded long overdue benefits and was very instrumental in the awarding of the Purple Heart Medal to the Fort Hood wounded and to the families of those who lost their lives on that tragic day. She is combat Veteran of Operation Desert Shield, Operation Iraqi Freedom, and Operation Enduring Freedom (both Joint Task Force-Guantanamo Bay and Afghanistan).

Dr. Platoni is a graduate of the School of Professional Psychology of Nova Southeastern University in Davie, Florida. She held the position of Chief Psychologist for the Army Reserve for six years and is a graduate of the US Army Command and General Staff College. Dr. Platoni retired from the US Army with the rank of Colonel in October of 2013. In 2015, COL Platoni was sworn in as a member of the 4th Civil Support and Sustainment Brigade, Ohio Military Reserve; back in uniform for her 38th year, this time as Brigade Psychologist for State Defense Forces. She has served as the Dayton SWAT psychologist and consultant to the Dayton Hostage Negotiation Team since 2011.

Two landmark books, written and edited by Dr. Raymond Scurfield and Dr. Platoni on the subject of war trauma, Expanding the Circle of Healing~Trauma in Its Wake and Healing War Trauma~A Handbook of Creative Approaches were published in 2012. She serves as Editor of the Combat Stress E-Magazine and publishes regularly in Google News, Apple News, and Lemonwire about subject matter pertaining to wartime service, the Fort Hood Massacre, and the moral injury of war. She remains the current editor of the nationally regarded online magazine, Combat Stress. 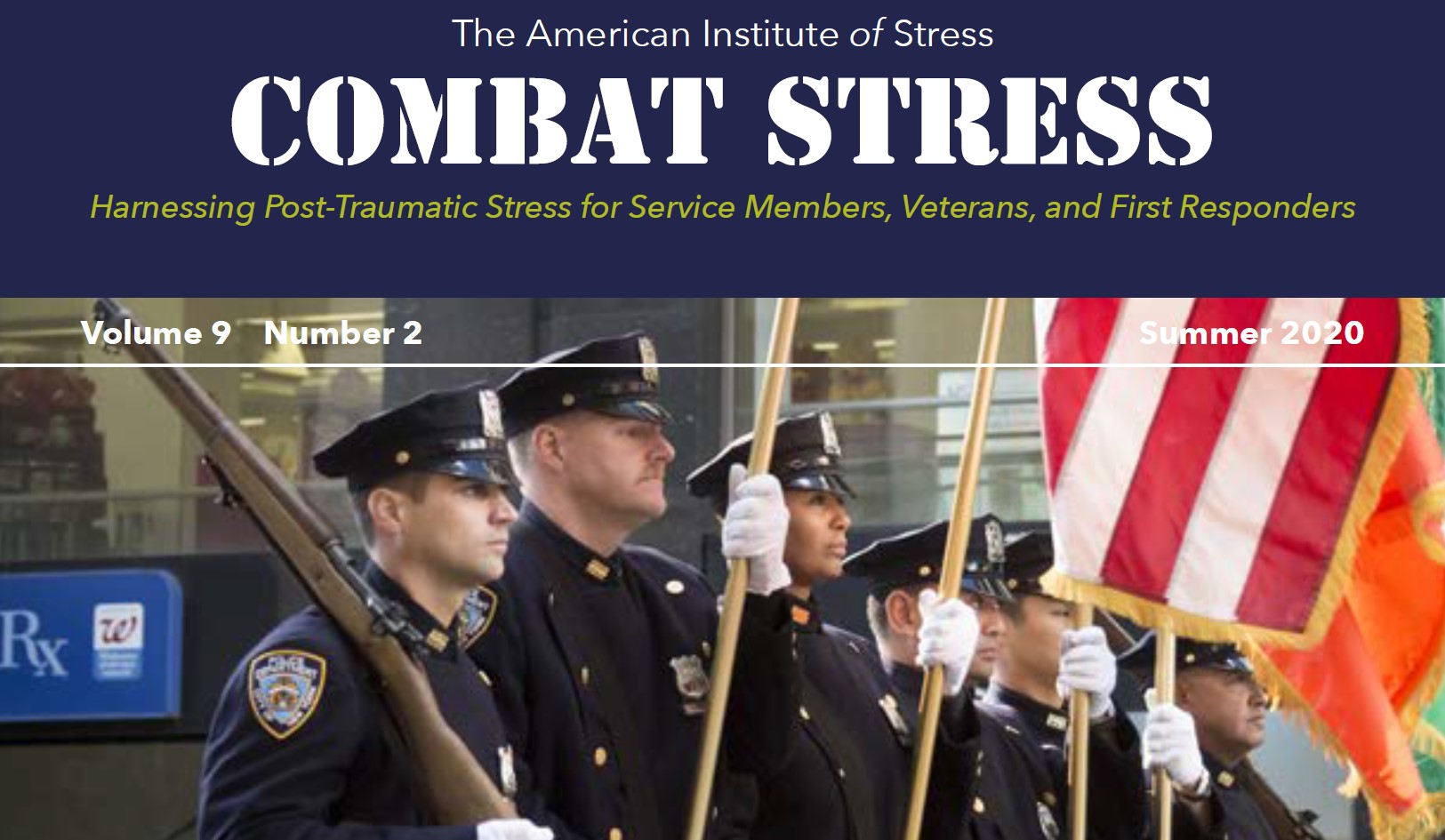 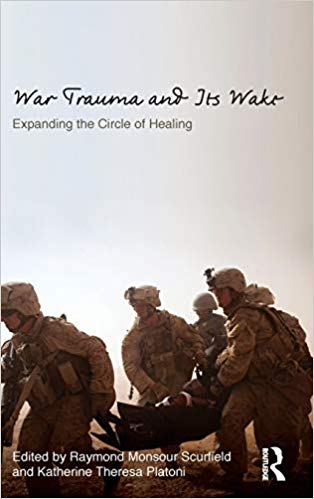 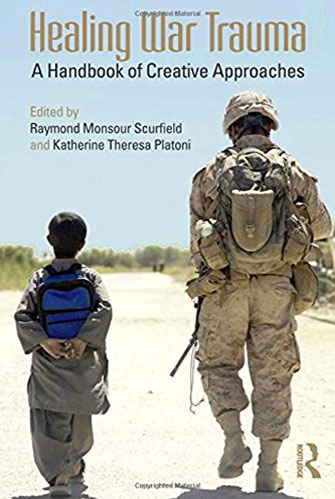 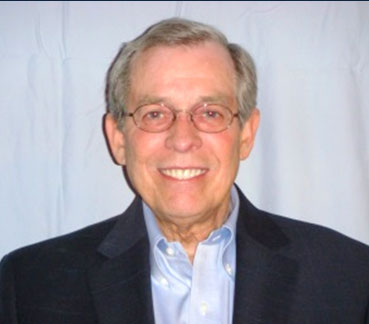 Dr. Gary M. Jackson is the CEO and President of ANBECO, LLC. Trained as a behavioral psychologist with specialties in artificial intelligence and automated assessment, Dr. Jackson has designed and developed scores of advanced applications across both corporate and U.S. Government settings. Dr. Jackson’s career has spanned academia as a professor, director of R&D and treatment development in various clinical settings, research psychologist within the U.S. Secret Service Intelligence Division, Intelligence Officer and Chief of three advanced technology branches within the Central Intelligence Agency, vice president and director of research and development for a major psychological test development company, Director of the Center for the Advancement of Intelligent Systems (CAIS) for the American Institutes for Research and, the founding president and CEO of Psynapse Technologies in Washington DC. Dr. Jackson has extensive R&D and operational field experience in counterterrorism, counterintelligence, counternarcotics, and asymmetric warfare prediction, tracking, and locating. He holds B.A. and Ph.D. degrees from Southern Illinois University-Carbondale and an M.A. degree from University of Illinois-Springfield. He has completed additional postdoctoral training in neurophysiology at the University of South Florida Medical School. Dr. Jackson is the inventor of the patented automated behavior assessment Checkmate network intrusion protection system, Inmate network misuse detection system for insider threat, and Automated Behavior Analysis (AuBA) technology and tools. His previous book is: Predicting Malicious Behavior: Tools and Techniques for Ensuring Global Security (Wiley & Sons, 2012), and describes the developed and patented automated behavior analysis (AuBA) and applications. His most recent book, Surviving Mass Victim Attacks: What to do when the Unthinkable Happens, describes how to survive mass victim attacks, and provides details on how to survive based on strategies of survival gleaned from past attacks. 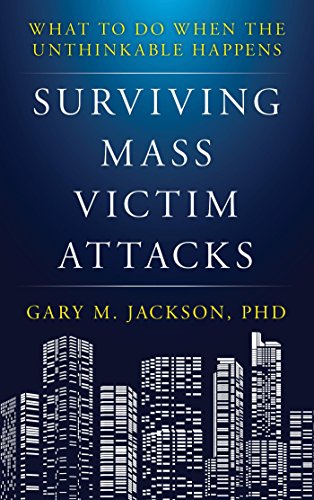 John Fry has been a social worker for approximately 19 years. John obtained his B.A. in Criminology from The Ohio State University and his Master of Science in Social Administration from Case Western Reserve University. He began practicing social work at the Licking County Juvenile Court as a clinical social worker and eventually as Clinical Director of Family Intervention Services, a counseling center through the Licking County Juvenile Court. John also practiced as a home-based clinical social worker at The Woodlands, providing home-based family counseling to high-risk youth and their families.

John served in the United States Army Reserve for approximately 10 years and completed two deployments to Iraq as an officer in a combat stress control unit. He provided mental health services to combat arms units in approximately thirteen different locations throughout Iraq. John is a survivor of the November 5, 2009 Fort Hood shooting. As a result, he has developed a passion for helping others understand the possibility of the prevention of mass shootings. He has worked with Silverback Safety and Training and The Sandy Hook promise to explain how mass shootings can be prevented to companies, first responders, schools, and communities. He continues to advocate for the development of threat assessment teams, which is currently the best practice for preventing mass shootings.

John currently works as a licensed independent social worker in his community. 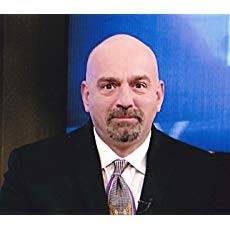 Raffaele Di Giorgio is an experienced professional protector with over 30 years of personal security, law enforcement, protection and emergency medical services experience. He has dedicated his life to the protection of others.

Following an honorable discharge from the U.S. Army, he spent time as a Law Enforcement Officer before transitioning into international protective and medical services. He has worked in complex environments throughout the U.S., Afghanistan, Iraq, Kurdistan, Africa, Jordan, Pakistan, Italy, and Mexico.

He is co-owner and CEO of Global Options & Solutions, a company that provides protection and consulting services globally.

Raffaele is a mentor, instructor and a field operations specialist. When not actively engaged in teaching, Raffaele stays active in the field at various operational levels, providing government agencies with protection and medical services throughout the world, including the provision of support to cabinet and ambassadorial level protection details in high threat and non-permissive environments.

He is a sought after author, lecturer, instructor and mentor; providing services throughout the world.

When not working, he can be found spending his time with his wife Jeannie and their two dogs. 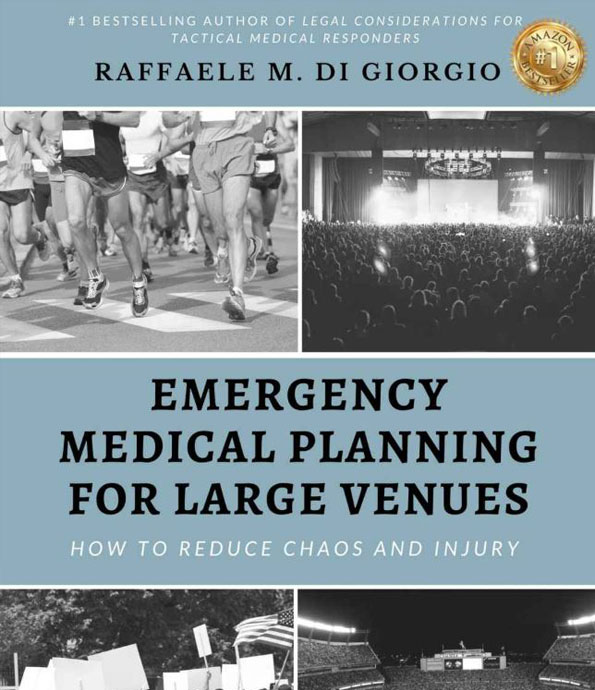 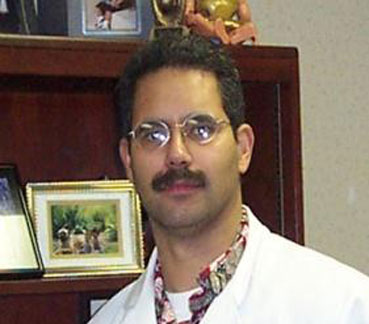 Dr. Eric Serrano, MD is a Family Medicine Specialist in Pickerington, OH and has over 29 years of experience in the medical field. He graduated from University of Kansas / School of Medicine medical school in 1991. He is accepting new patients. 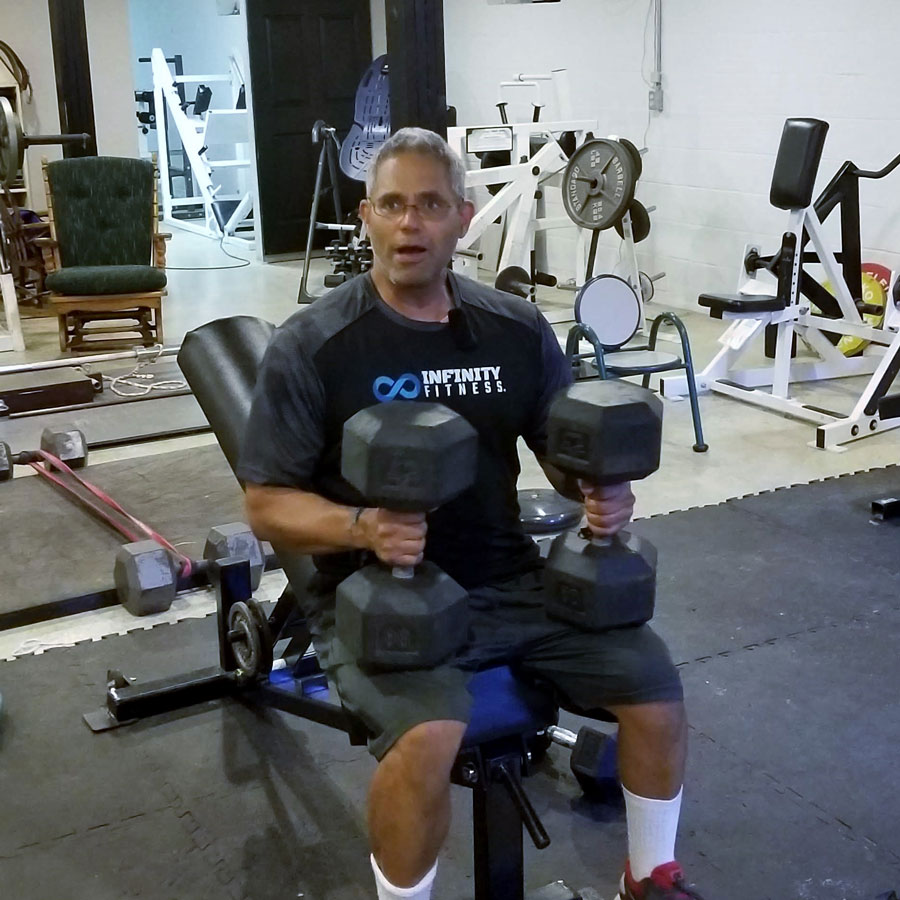 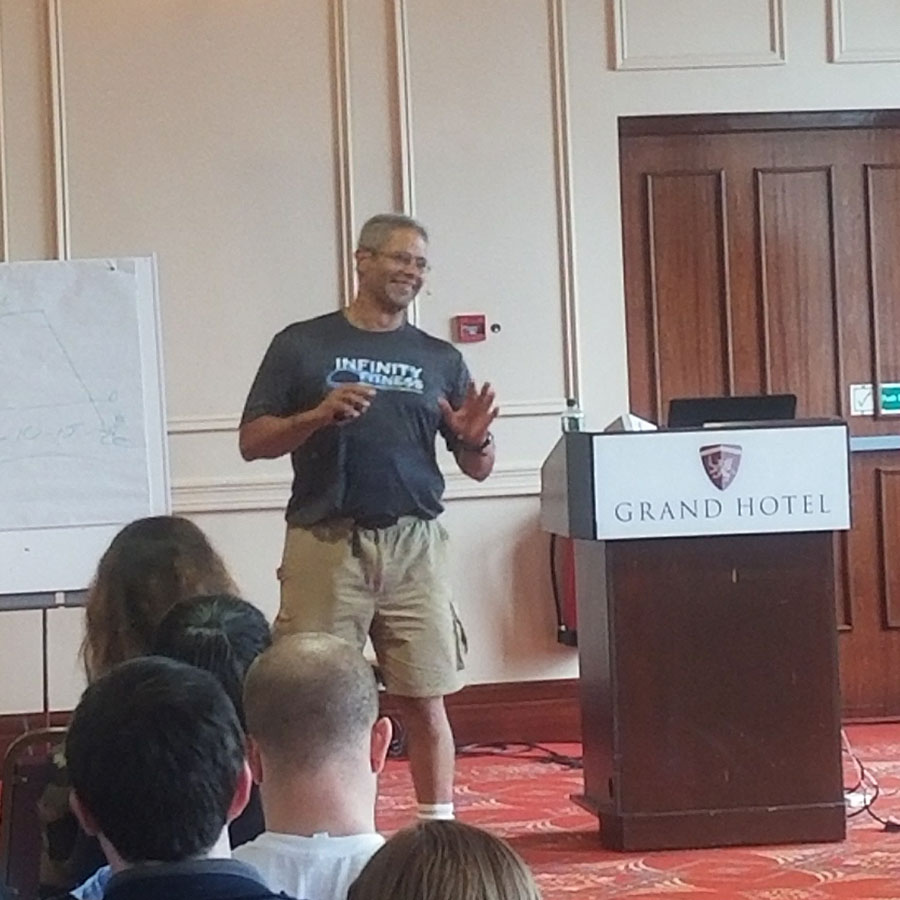 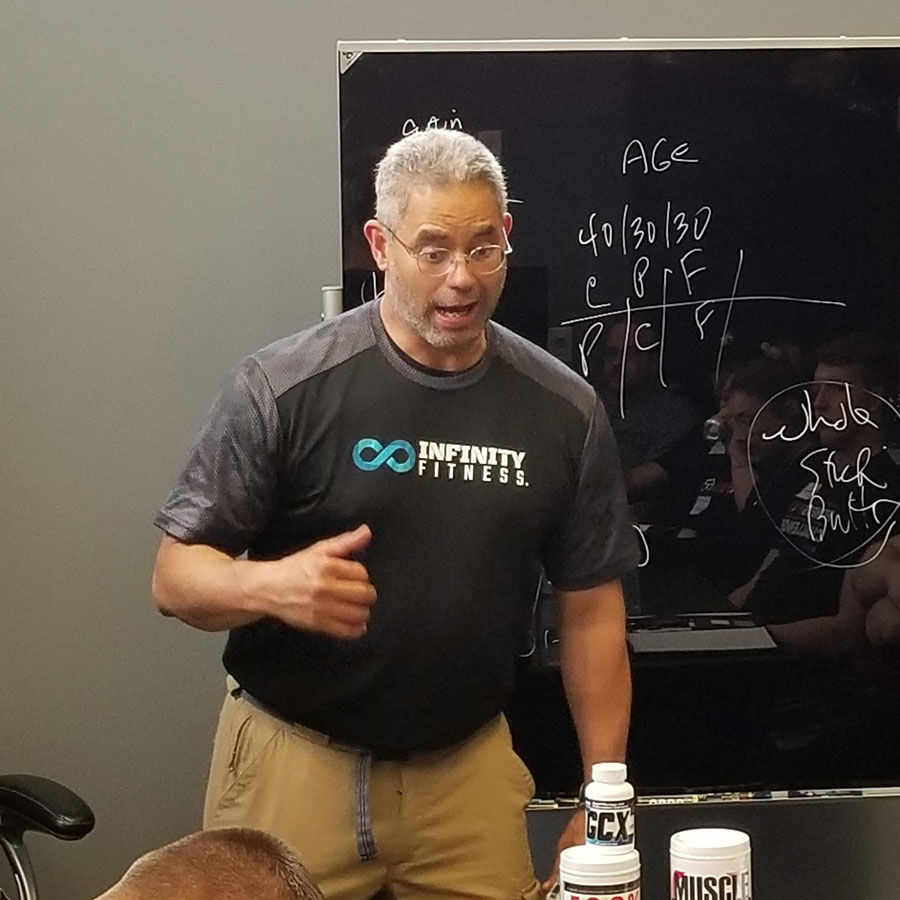 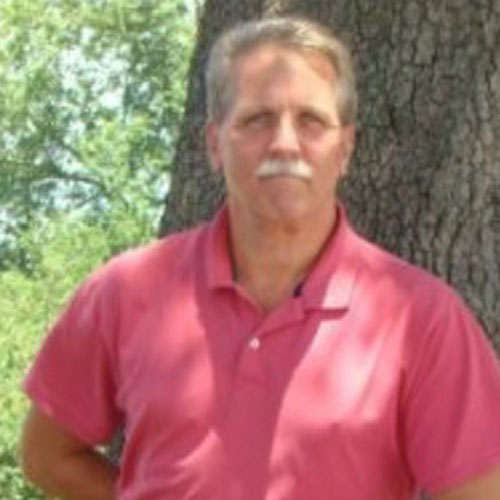 Rodney Andreasen is currently the owner of Xspct, LLC located in Marianna, Fl, as well as a consultant with the Counter Threat Group located in Birmingham, Al. He was born and raised in Marianna, located in Jackson County, Florida graduating from Marianna High School in 1976. He joined the United States Air Force (USAF) in 1978 serving 21 years in a variety of assignments in the United States and overseas. He served as a Security Specialist for 11 years in the USAF in both a Law Enforcement and Security Specialist capacity. While assigned as a Security Specialist, he performed duties as a crime prevention specialist, Stinger man-portable anti-aircraft missile team chief, Intercontinental Ballistic Missile (ICBM) security team chief and NCOIC of a small unit anti-terrorism program. In 1989, he was selected to become a Professional Military Education (PME) instructor. In this capacity he taught and instructed entry and mid-level Non-Commissioned Officers supervisory and leadership skills. In 1997, he was selected for his final assignment to the College for Enlisted Professional Military Education (CEPME) to develop curriculum for entry-level enlisted supervisory personnel. CEPME curriculum was used to train 11,000 personnel annually at 70 bases world-wide in supervisory, leadership and military skills. He retired from active duty in 1999 with the rank of Master Sergeant.

At Silverback Safety & Training Solutions, Inc. we are privileged to have an Instructor cadre who bring decades of real world experience to the training we offer to you. Our Instructors come in the form of SWAT/SRT Operators and Medics with years of leadership and experience from the Fire/EMS side of response. Our medical director, who has ties with multiple governmental agencies, is simply top notch and ensures that all of the current TCCC/TECC info we pass to you is squared away.

These Instructors not only teach the courses, they are each currently serving in the positions they are teaching. Not so much “a been there, done that” philosophy, but a “been there, and doing it NOW” approach.

At Silverback, we understand and agree that there is a certain amount of basic core knowledge that must be mastered. So don’t be surprised when we challenge your minds to truly grasp the “how’s and why’s” of what we will demand in your physical performance. We feel the bulk of the learning is captured through hands on repetition with a little sensory overload tossed in where appropriate. We challenge you with multiple scenarios, help you define the problems and then guide you towards multiple solutions that have been proven to be effective in the real world.

You won’t leave the training as Ninja’s, SWAT Operators or scholars, but you will leave with a much better understanding, confidence, and some new skills to make you better at your chosen craft.